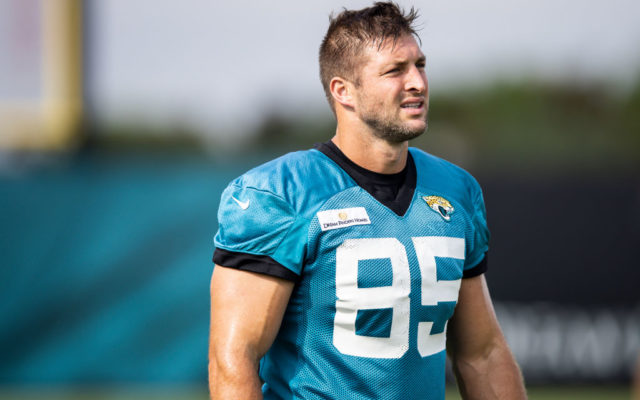 YouTuber-turned-boxer Jake Paul already has his next opponent in mind – Tim Tebow.

After defeating Tyron Woodley over the weekend, Paul called out the former Heisman Trophy winner…

aye @TimTebow I think it’s time for you to get into boxing ?!

Like Paul, Tebow knows a thing or two about changing careers – he tried his hand at professional baseball for a few seasons after his NFL career stalled.  He attempted another NFL comeback this summer with the Jaguars, but was cut during training camp.

So far, Mr. Tebow has not responded to Paul’s challenge.

Do you think a Paul-vs.-Tebow fight will happen?  If it did, what kind of PPV numbers would it get?