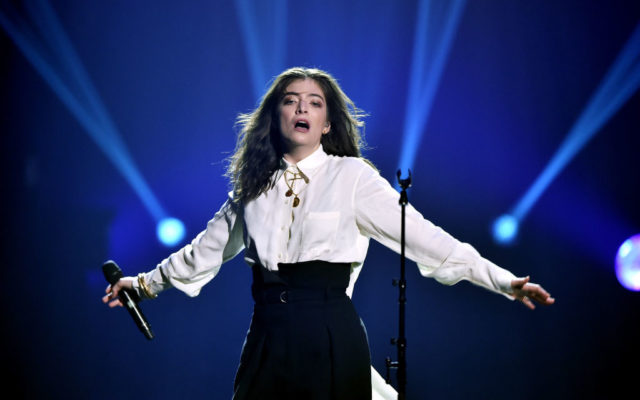 Lorde’s website was updated with a photo of what looks like the singer running along the beach in a yellow long-sleeved shirt and nothing else.

That’s right her full derriere is exposed and is positioned right over the sun. The angle of the picture is such that the viewer is looking up so all you see is her backside.  The cover art is titled, “Solar Power” and below it is the message, “Arriving 2021…Patience Is A Virtue.”

Last year Lorde told fans she recorded music with her Melodrama collaborator Jack Antonoff and has since released the “Going South” photo book.

The Lorde has risen! 🙏

The website’s landing page features the comeback single’s cover image with the caption “ARRIVING IN 2021 … PATIENCE IS A VIRTUE.” pic.twitter.com/jXDDDOoU8O

She was recently announced as a headliner for Primavera in 2022. Can an artist take too long of a break between albums?