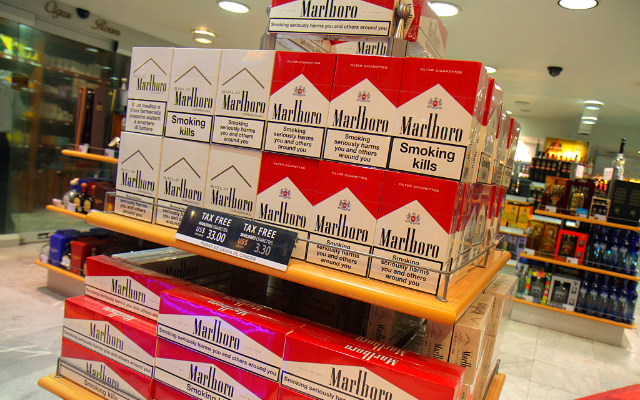 The CEO of Philip Morris International believes that cigarettes should be banned, and plans to stop selling them in the UK.

Jacek Olczak says his company, which makes Marlboro, Virginia Slims, and other brands, will stop selling cigarettes in the next 10 years, as the company moves its focus to smoke-free products and cigarette alternatives. Olczak says a government ban “can solve the problem once and forever.”

Philip Morris International is separate the U.S.-based Altria, who makes and distributes Marlboro products in the United States.

Do you think a ban like this ever happen in the U.S.?