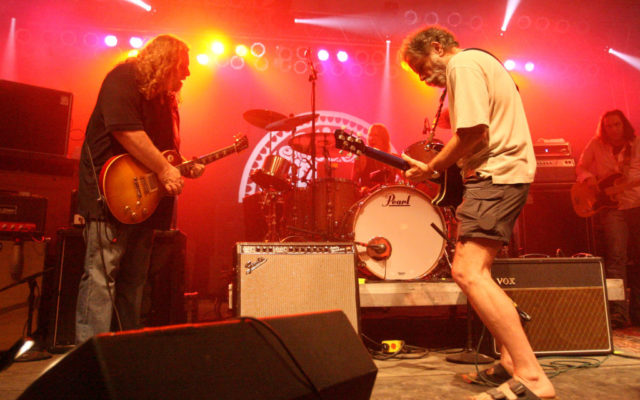 Gov’t Mule is releasing a blues album next month.

“Heavy Load Blues” will be out on November 12th.  In a new interview, Warren Haynes talked about the project saying the band actually ended up making two albums at once during the pandemic.

The legendary guitarist said, “I mostly didn’t want to approach this music the way Gov’t Mule would normally approach even a blues song. I wanted it to be more stripped down and more traditional, and for it to sonically be completely different.”

Haynes went on to explain, “We went into a studio that had two separate rooms. We made one a blues room and one a Gov’t Mule room. In the big room, we set up all of our normal toys and recorded the way that we normally do. But in the small room with lower ceilings, we just took a bunch of small vintage amplifiers in there. No headphones. We were right on top of each other like we were on a small stage in a small club. Everything about the two sessions was different except the fact that they’re in the same building. Completely different gear, completely different mindset. We would go in early in the day and work on Gov’t Mule songs for the majority of the day into the night sometime. As it started to get late at night, we’d move over into the blues room and play blues for a few hours and then call it a day.”

Pretty cool to find out that @govtmuleband recorded TWO albums as they were working on the blues record we are aware of. Knowing that there's a Gov't Mule album of originals ready to roll for (probably) next year? Yeah, I'm all about that.